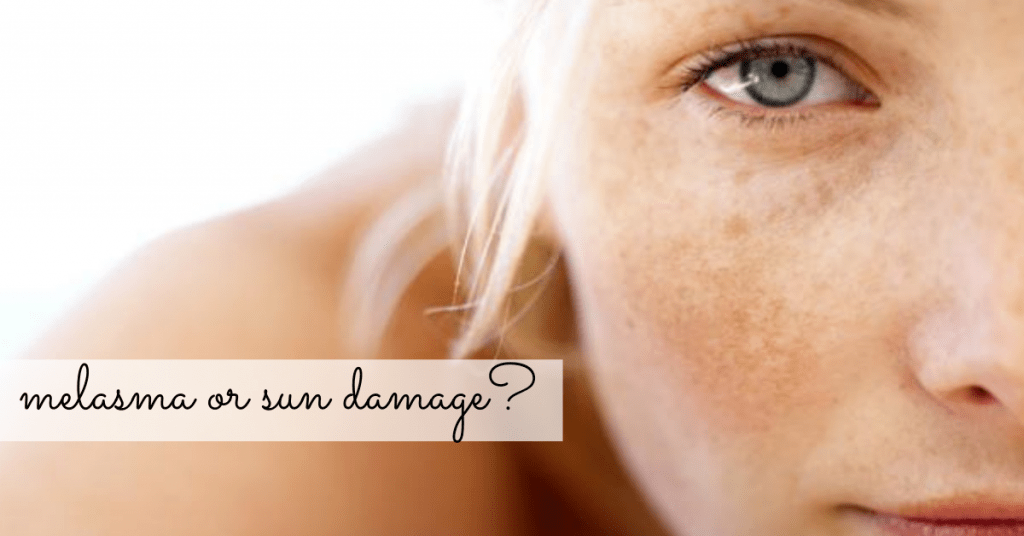 Melasma is a skin condition characterized by brown or blue-gray patches or freckle-like spots. It’s often called the “mask of pregnancy.” Melasma happens because of overproduction of the cells that make the color of your skin. It is common, harmless and some treatments may help. Melasma usually fades after a few months.
What is melasma and what does it look like?

Melasma is a common skin disorder. Loosely translated, the word means “black spot.” If you have melasma you’re probably experiencing light brown, dark brown and/or blue-gray patches on your skin. They can appear as flat patches or freckle-like spots. Commonly affected areas include your face, including the cheeks, upper lip and forehead, as well as the forearms. Melasma is sometimes called the “mask of pregnancy” because it frequently affects pregnant women. Melasma typically darkens and lightens over time, often getting worse in the summer and better in the winter.

Another, less common name for melasma, is chloasma. Although this disorder is completely harmless, it understandably makes some people feel self-conscious.

Where does melasma most commonly occur?
Melasma appears most commonly on your cheeks, nose, chin, above the upper lip and the forehead. It sometimes affects your arms, neck and back. In fact, melasma can affect any part of your skin that is exposed to sunlight. That’s why most people with melasma notice that their symptoms worsen during the summer months.

How common is melasma?
Melasma is a very common skin disorder, especially among pregnant women. 15% to 50% of pregnant women get it. Between 1.5% and 33% of the population may get melasma and it happens more often during a woman’s reproductive years, and rarely happens during puberty. It usually starts between 20 and 40 years of age.

Who is at risk of melasma?
Fairer-skinned people are less likely to be affected by melasma than those with darker brown skin or those who tan well. Women are more likely to get melasma than men: about 10% of those who get melasma are men, 90% women. Pregnant women get melasma more often than anyone else. You’re also at risk if you take oral contraceptives and hormones.

We Can Help You

Dr. Mahima Wadhwa has a vast experience in such treatments and have given best results in recent past. Book your appointment and get your consultation done today.

Book your Slot
For Immediate Assistance